It’s time to change the background photo for our Scripture of the Day. We have two copies left of the DVD, Steve McQueen: American Icon that will be given as prizes.

Here’s how the contest will work. Everyone who submits a photo to be considered will have their name entered into a drawing for one of the DVDs. The other copy of the DVD will be the person whose picture is used for the new background. The background photo can be but does not have to be an original photo.

All photos can be sent by email to edboston@me.com or a PM to our Facebook Page.

Here is the current background.

On the latest Ed Boston Podcast Network show, Ed proudly was able to interview Jon Erwin. Jon, part of  Erwin Brothers Entertainment shared about the movie – “Steve McQueen: American Icon”. Jon also mentions another project they have coming out on March 16th or 3:16 and that is none other than “I Can Only Imagine”.

Click on the picture below to listen to Ed’s interview with Jon Erwin. 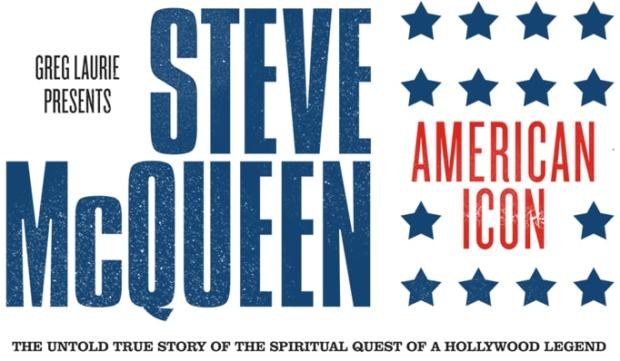 The specially priced DVD will be available in stores on February 20. Preorder now through Walmart or Amazon. Every DVD purchased puts a Bible in the hands of a new believer!

Steve McQueen truly is an American Icon. One of America’s most endearing and intriguing movie stars, he “is still the King of Cool” according to EsquireMagazine—50 years after the zenith of his career! The coolest thing about him, however, is barely known, despite countless biographies and articles.

Steve McQueen was a believer in Jesus Christ.

On the surface McQueen had everything he could want—fame, cars, homes, more money than he could spend in a lifetime. An avid fan of the actor (and owner of a replica of McQueen’s car in the classic film Bullitt), Pastor Greg Laurie hits the road in his mint Mustang, traveling the country in search of the true, untold story of McQueen’s redemption-filled final chapters.

Narrated by Gary Sinise, interviews include:

If you know much about the Ed Boston Podcast Network, you are aware of how much emphasis we put on good family entertainment and the Christian Movie industry. In the coming days and weeks, we will be releasing interviews on the movies Steve McQueen – American Icon and I Can Only Imagine.

So, quite obviously, this headline caught our attention!

Actor Jim Caviezel recently made some pretty bold claims to USA Today about the Passion of the Christ sequel Mel Gibson is working on.

While he said he couldn’t reveal details about Gibson’s plans for the film, in which he will be reprising the role of Jesus Christ, he said people won’t be disappointed.

“There are things that I cannot say that will shock the audience. It’s great. Stay tuned.”

To read the rest of this awesome news, click here and go to ChurchPop.com.